For information on board service, on attending a board meeting, or to connect directly with one of our board members, feel free to contact us at wlt@writersleague.org.

Chip Dameron is the author of ten collections of poems and a travel book. His poems, as well as his essays on contemporary writers, have appeared in numerous literary magazines and journals around the country and abroad. A two-time nominee for the Pushcart Prize and a member of the Texas Institute of Letters, he lives and writes in Georgetown, Texas. Current second term expires December 31, 2021

Dreux Carpenter was born in Washington, DC, grew up in Maryland, and lived in Virginia, Colorado and California before arriving Austin in 2009. He holds a BA in Art, and an MA and MFA in Writing and Consciousness. He has over 25 years experience as a Graphic Designer/Art Director. Current first term expires December 31, 2021.

Heather Holland is the creator of the non fiction story project Hunting For Chocolate, and has blogged for Austin non profit The Amala Foundation, and Sanctuary Yoga. She is a 2019 War Horse Fellow. Her West Texas Wonders story pitch was featured on Marfa Public Radio in collaboration with their program Nature Notes in episodes,The Roadrunner: Icon of the Southwest, and Ultimate Desert Survivor. Currently she is working on a children’s picture book. Current first term expires December 31, 2021.

Beth Sample earned a BA in Journalism from Texas State University and has more than 25 years of experience in publishing, communications, and project management. She began volunteering with the Writers’ League in 1989 and served on the WLT’s Board of Directors from 2010-2012, serving as President in 2012 and assisting several years with the Summer Writing Retreat and A&E Conference events. A past President of Sisters in Crime, Beth wrote and produced murder mystery parties and has completed NaNoWriMo 12 times. She is a founding member of the Pen & Fork writers support group, now meeting in its sixteenth year. Beth lives in Austin, Texas, with her husband, Stan, and cats Elvis and Gracie. Current first term expires December 31, 2022.

Richard Cunningham is a freelance science writer based in Houston, Texas. He holds a bachelor’s degree in Journalism from Oklahoma State University and a master’s degree in Science and Technology Journalism from Texas A&M University. He has been writing magazine articles and books for industrial clients for more than thirty years. Maude Brown’s Baby is his first novel. Current first term expires December 31, 2020.

John A. McDermott completed his undergraduate degree at the University of Wisconsin-Madison, his MA at Marquette University, and his Ph.D. at the University of Wisconsin-Milwaukee. He’s been teaching at Stephen F. Austin State University since 2004. In 2006, SFA created the sole BFA program in creative writing in the state of Texas. Since then, he has directed dozens of BFA and MA theses, primarily in fiction, and taught workshops in fiction, poetry, and creative non-fiction. His own writing has appeared in a variety of literary journals, including Alaska Quarterly Review, Brevity, Florida Review, and Southeast Review, and he’s the author of the poetry collections “The Idea of God in Tennessee” and “Writhe.Waltz.” His scholarly writing has appeared in journals such as the Raymond Carver Review and the Journal of Popular Culture. John lives in Nacogdoches, Texas. Current first term expires December 31, 2022.

Michael Hurd is a historian, author, and freelance writer who was born in Texarkana, Texas and grew up in Houston, where he graduated from Evan E. Worthing High School in 1967. He is managing editor for the Texas Black History Preservation Project which is documenting almost 500 years of African American presence in Texas as an online encyclopedia. However, his career includes an eight-year stint in the U.S. Air Force as a medic, serving one year (1971) at Phu Cat Air Base, Vietnam. He was honorably discharged in May 1976 with the Air Force Commendation Medal. He is a graduate in Journalism from the University of Texas at Austin and has worked as a sports writer at the Houston Post, the Austin American-Statesman, USA Today, and Yahoo Sports. He has authored two books, including “Black College Football, 1892-1992,” the only book that comprehensively documents the legacies of football programs at historically Black colleges. For more than a decade, he served as a member of the National Football Foundation’s Honors Court for Divisional Players, the group that selects small college players to the College Football Hall of Fame, and he currently serves on the selection committee for the Black College Football Hall of Fame. He recently began working on a book, “Thursday Night Lights,” for UT Press about the history of football programs at black high schools in Texas before integration, 1920-1970. In the fall of 2015, he became director for the Texas Institute for the Preservation of History and Culture at Prairie View A&M University, a historically black college northwest of Houston. The institute focuses on documenting the almost 500-year history of African American presence in Texas. Current second term expires December 31, 2021.

Amanda Moore graduated with the highest honors from the University of Mary Hardin-Baylor with a B.A. in English and Spanish. She earned a J.D. from the University of Texas School of Law. Amanda is a staff attorney at the Texas State Teachers Association where she represents public school employees. She is a member of the Travis County Women Lawyers’ Association and the Executive Committee for the School Law Section of the State Bar of Texas. In 2015, Amanda won first place in the Texas Bar Journal Short Story Contest for her story, “The Corner Man.” Amanda is an avid reader and has written several member book reviews for the Writers’ League of Texas where she has been a member since 2014. Amanda lives in Austin, Texas. Current first term expires December 31, 2022.

Gina E. Springer Shirley is an avid reader and passionate writer. She is a graduate of the University of Washington and the University of Texas at Austin. After a career in educational publishing, she is now a romance and women’s fiction writer. She was a finalist in the 2015 Writers’ League of Texas Manuscript Contest in the Romance category. You can read her short fiction at writtenGESStures.com or follow her on Twitter at @GESSwrites. She is a member of the Writers’ League of Texas, Romance Writers of America (local and national), Editorial Freelancers Association, and Capital City Scribes. She grew up in Panamá and Seattle, and now makes her home in Austin, Texas, with her husband, daughter, and dogs. Current first term expires December 31, 2021.

Gina Panza Woodruff graduated cum laude from Virginia Commonwealth University with a Bachelors of Fine Arts degree in Communications Art and Design and has 20+ years experience in web design and technical marketing communications. She was an active and contributing Director on the WLT’s Board for three years, stepping down at the end of 2018. In the interim, she has launched a creativity coaching business and has been a gallery teacher at the Blanton Museum of Art. She currently works part-time for Art Spark Texas (formerly VSA Texas), a nonprofit whose mission is to “challenge perceptions of how people contribute by creating an arts-inspired inclusive community of individuals with diverse abilities.” Gina lives in Austin, Texas. Current first term expires December 31, 2022.

Mia Zozobrado is a content writer for Builder Digital Experience, a digital marketing agency based out of Austin, Texas. First introduced to the League as an intern, Mia joined as a member in 2017 and was nominated for the board in January 2018. An avid consumer of literature, Mia particularly enjoys reading young adult novels, and wrote their undergrad thesis on the presence of the domestic novel and representation of female characters in contemporary young adult literature. A graduate of Southwestern University, Mia received their Bachelor of Arts in English Literature in May, 2017. 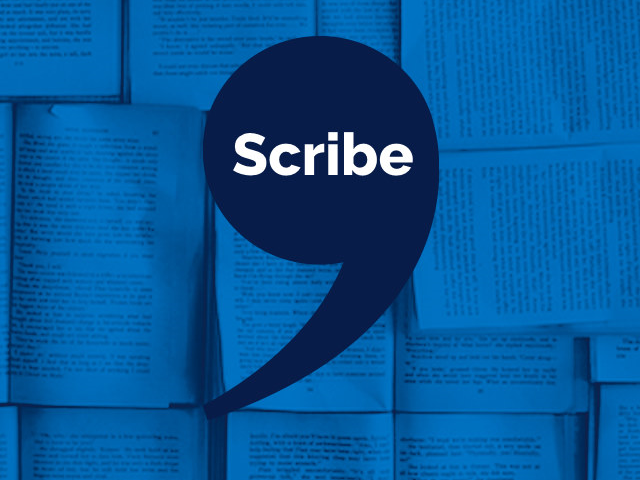